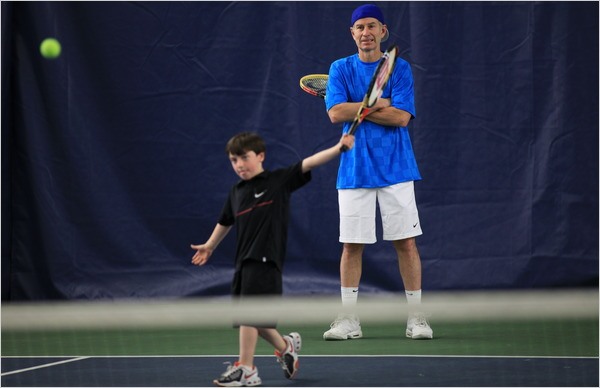 I just saw this article on NYT. John McEnroe has launched a tennis academy to foster young tennis players in the NYC area. His courts on Randall Island are meant as an alternative to the academies like USTA that require players to relocate and basically play the game 24/7.

McEnroe's approach is based on his own experience.

"I don't think you have to give up everything, play six hours a day, to be successful," McEnroe said. "When I was 12, 13, I was playing soccer and basketball and whatever I did to keep myself sane — some people may argue that point — and from not walking away from the game because I had outlets."

Makes sense. As an athlete in the Olympic Development programs of the 90s, I know firsthand that academies can get out of hand and leave kids without much if they don't happen to be in the top 1%.

Want to master Microsoft Excel and take your work-from-home job prospects to the next level? Jump-start your career with our Premium A-to-Z Microsoft Excel Training Bundle from the new Gadget Hacks Shop and get lifetime access to more than 40 hours of Basic to Advanced instruction on functions, formula, tools, and more.

Other worthwhile deals to check out:

Join the Next Reality AR Community

Get the latest in AR — delivered straight to your inbox.